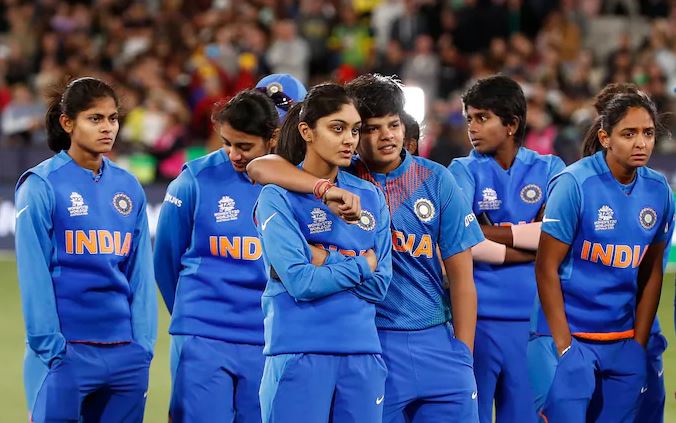 Whenever we Indian people Hear aboutword cricket we got excited and if it is 1983 or 2011 like event whole country get united and enjoy it like biggest festival but, their is one small problem here if it is match of woman’s Indian team rarely very few people come to support and cheer for them it’s not fair in my point of view that if both man and woman are playing for our nation and only men’s team get support cheer and fame. this needs to be change our women’s team have some great talentedbatters ,fielders, bowlers and and Hard hitter’s too .but they are unknown to our public and to make them popular and give support and moral boost and  cheering for them is must so  today we will discussabout those who have enough talent and skill but not popular like male cricketers ..

Whenever i Heard about name mitali raj first thought come in my mind is take if Sachin is ‘God of cricket ‘ then mitali raj is the ‘lady Sachin of women cricket ‘ as told by media by but i would like give her a new title of “queen of cricket “ who is ruling women cricket since last 22 years .she played some greatest knocks for India which we as a audience unable to watch and witness such knocks.

She recently created History by becoming “ The Top scorer in international cricket “ This doesn’t look cool as it is written here but when we go their and stand on pitch it’s very difficult to make just one run in ground. so think she has become the top scorer in this area and this can’t be done in just one or two years she has travelled a lot to achieve this milestone and its been almost 22 (twenty two ) years .

After this he get to this position .apart from cricket she is been avid reader in one match she was seen reading novel before her batting by this she try to focus and make mind concentrated on one thing and  unfortunate is that rarely 10% of Indian public knows her. but recent  steps of BCCI is welcome step they are promoting women cricket and arranging test matches for them and arranging women’s IPL to encourage them to play more at international level this is very good steps to empower women and promote women cricket words will not never be able to describe the greatness of Mitali Raj

Being a lefty opener in Indian team she has made her spot fix by his high scoring knocks and cover drives .many male cricketers and coaches are fans of her’s cover drive ..as she plays it very beautifully ..2018 was the year when he come i highlights after scoring a hundred after that he never look back she achieved many records on her name and become the favourite of today’s young generation . people generally call her national crush because her photos went viral on social media when she posed for her hundred knock and after that her every photo was becoming the talk  of town in social media. And then media given her the name of NATIONAL CRUSHand after that she never look back from that point …

She was the one for whom India was searching for long time after her induction into women’s cricket team get stronger in batting because before ghis whole load was on  raj  and mandhana to perform and win it for India but Harman come and being stable as well as hard hitter she can change the match any time after her spectacular last ball sox match win she made Headlines in every newspaper almost and this made Him the superstar harman after this she has been rewarded with captaincy and in this he took Indian team into finals and this way she is the backbone of Indian team as of now.

Indian team was facing was a strong opener pair at one time India find SMRITI MANDHANA but still problem for other one was their and then the young lady Shefali verma come into highlight she has very low height but her ambition and shots are too high and this makes her a cool cricketer which today’s young generation want to watch. She has similar style as sehwag who was known for his aggressive style of playing Shefali is the same as she start like sehwag and scoreboard will not get a chance to rest and keeps running she has a good future in upcoming cricket and will rule cricket for many years it is sure.

Recently in first T20 against she was in limelight after her specular catch of hard hitting batsmen and that catch become the turning point of math because  her effort was unbelievable the catch was similar like we see in  IPL and through this she has shown the public that women cricket is changing and one day will come when they will earn same respect as men’s cricket by their results and people have to appreciate it.