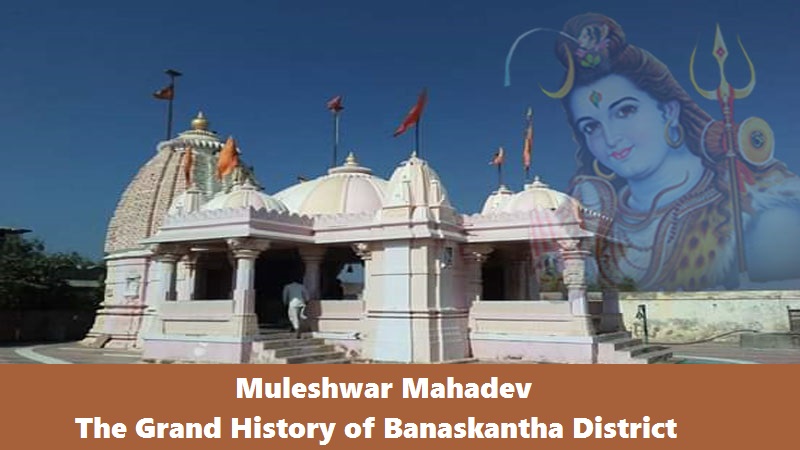 The temple is located in Padan village in Suigam, a border taluka of Banaskantha district. Muleshwar Mahadev Temple is basically a temple of lord Shiva. This temple is more than 1200 years old, History of the Banaskantha . The carvings of the temple are ancient and the Shivling is also ancient. The peak structure of this temple is very important.

The Gandhara style adopted by the kings of the Solanki dynasty is seen here. There is an inscription on the wall of this temple which has not been resolved till date.

During Shravan Mass, many visitors come here and fairs are held. Havan is also performed.

The temple has idols of Hanuman and Ganesha along with Shivling. There is also a lord Vishnu temple next to it. And there is also a lake behind temple which makes this place more attractive for visitors.

It is believed that the rulers made a sculpture of Shiva Parvati so that the population of the state would not decrease.

History of this temple is quite impressive.

The temple was built by Mulraj Solanki, a king of the Solanki dynasty. It is said that Mulraj Solanki was frequently defeated so for victory he had to worship a Shivling which no one has worshiped till date. When Mulraj Solanki asked to report any such Shivling found in his area, he got it from the land of Padan village. He then built a temple there and named it Muleshwar Mahadev – History of Banaskantha.

Since the kings of the Solanki dynasty were devotees of Somnath, they worshiped Shiva. Mulraj Solanki was victorious in the battle that took place after the construction of the temple. After that Mulraj Solanki used to come to Padan village to worship Shiva.

Many people also believe that king of patan Shidhrajsingh had no son and then with the blessings of Shiva a son was born.The son was named Mulraj and after him he established the Muleshwar Mahadev Temple.

If you visit nadabet or any border village of banaskantha then you must try to visit that muleshwar mahadev temple ,it’s incredible and ancient. You can feel your inner voice in calmness of surrounding nature. Through the sculpture of shiv parvati you can feel the love of their married life. Shiva and parvati both are one soul.