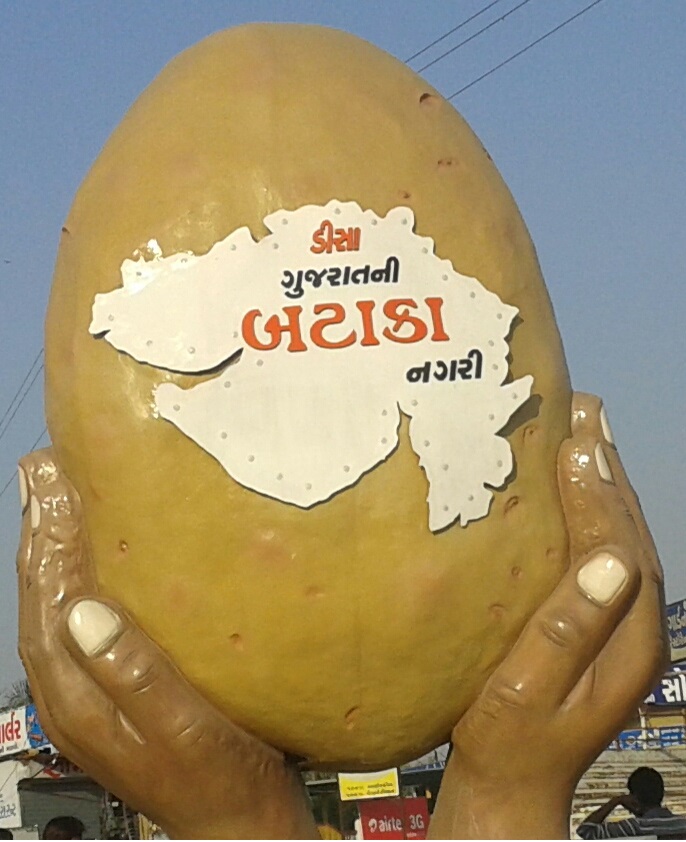 Banaskantha District ranks first in potato cultivation in India, despite the scarcity of water, the potato production in Banaskantha is so good, but the hard work and dedication of the farmer takes Banaskantha to the forefront.

Deesa taluka in Banaskantha has the highest production of potatoes, the main crop of the farmers there is potato cultivation.The city of Deesa is also known as Bataka Nagri. Quality potatoes are grown only in the city of Deesa.

The area around Deesa is famous all over the country for potatoes. Many farmers in Deesa grow sugar free potatoes scientifically to make wafers. The city of Deesa has about 200 cold storages of potatoes.

Gujarat’s only potato research center is also located in Deesa. Potato Research Center Has been working since 1972.

Planting according to research

In addition to vegetables, potatos are also useful in making many things like wafers, french fries etc.potato cultivation mainly done during winter season.Potato is a high yielding crop in less time. The city of Deesa also has a number of potato factories.
Potato Research Center is run under Krishi University Dantiwada.

The Potato Research Center helps farmers with sufficient information about potatoes such as which seeds to take and which fertilizers to take. Farmers of Deesa have easy access to all the information on how many varieties of potatoes there are and how useful they are.