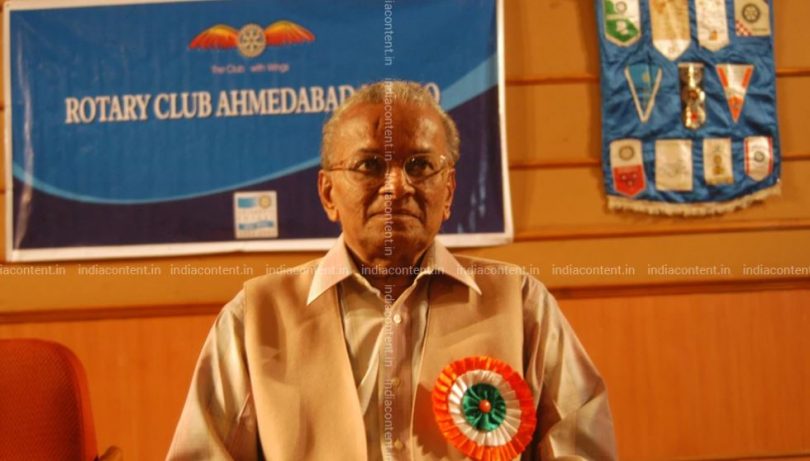 Chandrakant Bakshi is well known author of Gujrati language ,who was born at Palanpur taluka of Banaskantha district. his work in literature is adorable.

Language of chandrakant bakshi’s books are mix of Gujarati and Urdu words. He wrote his first story at his shop in kolkata ,name of story is “makannu bhut “( ghost of house ).

Chandrakant Bakshi was second child of keshavlal Bakshi and chanchalben.he was born in gujrati jain family ,he has completed his primary education in palanpur of banaskantha district ,then he was moved to the bombey for his bachelor degree of arts. After that he moved to the kolkata for his LLB degree and MA in history.

He was in textile business for twelve years ,and had A government shop at Kolkata ,where he wrote is first story.he published his first book in year 1957.after that he moved to Mumbai abd settled there and start teaching history at Raheja College.from 1970 to 1980 he was become proffessor of history and politics at mithibai college.from 1980 to 1982 he was principal of L.S rajani arts and commerce college.after retirement he had started his writing carrier and Journalism.he also wrote columns for some megazines and dailies and served as adviser of divyabhaskar daily.

He was sherrif of Mumbai in 1999 by the government of Maharashtra.

While writing novels and storys ,he mainly focus on readers rather than social and literary taboos.

Sometimes he borrowed words from Hindi ,urdu and english language in his stories.

He is best known for his novel ‘paralysis ” which was published in 1967.the novel is translated in marathi,English and Russian language.

Besides his autobiography bakshinama ,he wrote 178 books  including 17 books on history and culture ,26 novels ,15 collection of short stories ,6 books on politics ,8 travelogue ,2 plays and 25 books on varried subjects.

Many books of chandrakant bakshi was translated in hindi ,English, marathi and other languages.

His short story “kutti ” has also some controversies. That was banned by Gujarat government and also Arrest warrant was issued against him. later withdraw all charges against him.

His wife bakula was died in 2002 and has daughter named reeva was lived in Ahmedabad and has two brothers bakul and lalit.

Chandrakant Bakshi died in year 2006 due to heart attack in Ahmedabad.